Skip to content
When it comes to unleashing our fullest potential, fear is the greatest obstacle stunting our growth. Fear is the nagging voice telling us we can’t do something. It’s the sinking feeling warning us that we’re about to make a catastrophic decision. Read More

When it comes to unleashing our fullest potential, fear is the greatest obstacle stunting our growth. Fear is the nagging voice telling us we can’t do something. It’s the sinking feeling warning us that we’re about to make a catastrophic decision. It’s the enemy taunting us, the bully who tells us we aren’t good enough, smart enough, or capable enough.

Yet, fear is a natural feeling. Without it, we’d continue touching hot stoves, tempting dangerous bears, and driving without seatbelts or speed limits. We wouldn’t know our own boundaries, and we wouldn’t be able to discern safe situations from dangerous ones.

Fear helps keep us in line, but what happens when fear blocks our ambition?

The Fear Of Success

You can’t talk about fear without talking about the fear of failure. It’s up there with snakes, airplanes, and heartbreak. Failure is gut-wrenching and humiliating; it is the uncanny representation of defeat. The fear of failure often prohibits us from taking healthy risks and from moving out of our proverbial comfort zones.

Most of us would rather live in our own complacency than risk the potential for failure. Because for most of us, the idea of failure is synonymous with total rejection.

Isn’t success everything we ever wanted?

On the surface, success feels promising. In recovery, it’s the number of days sober or the new apartment or the full-time job. It’s earning trust back and mending legal issues. It’s finding a new semblance of normal- one that doesn’t entail complete and utter self-sabotage.

The Dark Side Of Success in Recovery

The problem with success in recovery is that it often doesn’t feel real. It seems borrowed or stolen. It’s like you don’t own it. Maybe you had a taste of the success before, and once you lost it, you swore you’d never get excited about it again. The loss hurt too much.

But success? Success requires discipline, effort, and conscious intention. You have to cultivate it, and then you have to fight for it. Even if you’re scared, and even if you don’t trust that it’s yours.  In other words, underneath the fear of success always lies an even deeper fear of failure.

Instead, the goal can be far more realistic. It can be more along the lines of making friends with fear. This means being more compassionate to ourselves; it means honoring that it’s okay to feel uncertain or worried or vulnerable. It’s okay to feel the fear- without letting the fear overcome who we are and what we stand for.

Success isn’t the best antidote to failure. Perseverance is. The ability to keep going, regardless of the mental hurdles and the negative self-talk and the imposed limitations, creates our resilience. And our resilience creates our space for success.

So, keep pushing. Even if you don’t know how much longer you can hold on. Even if you feel like you’d be better if you gave up. Keep pushing until you can live and breathe what lies on the other side. 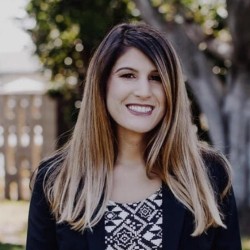 Nicole Arzt
Nicole Arzt is a Licensed Marriage and Family Therapist in Southern California. She currently works full-time in a residential treatment facility with clients recovering from substance use disorders. Nicole is passionate about the power of maintaining a trusting therapeutic relationship with unconditional support and positive regard. Nicole is a well-known mental health and addiction writer and enjoys creating dynamic content about healing and recovery.